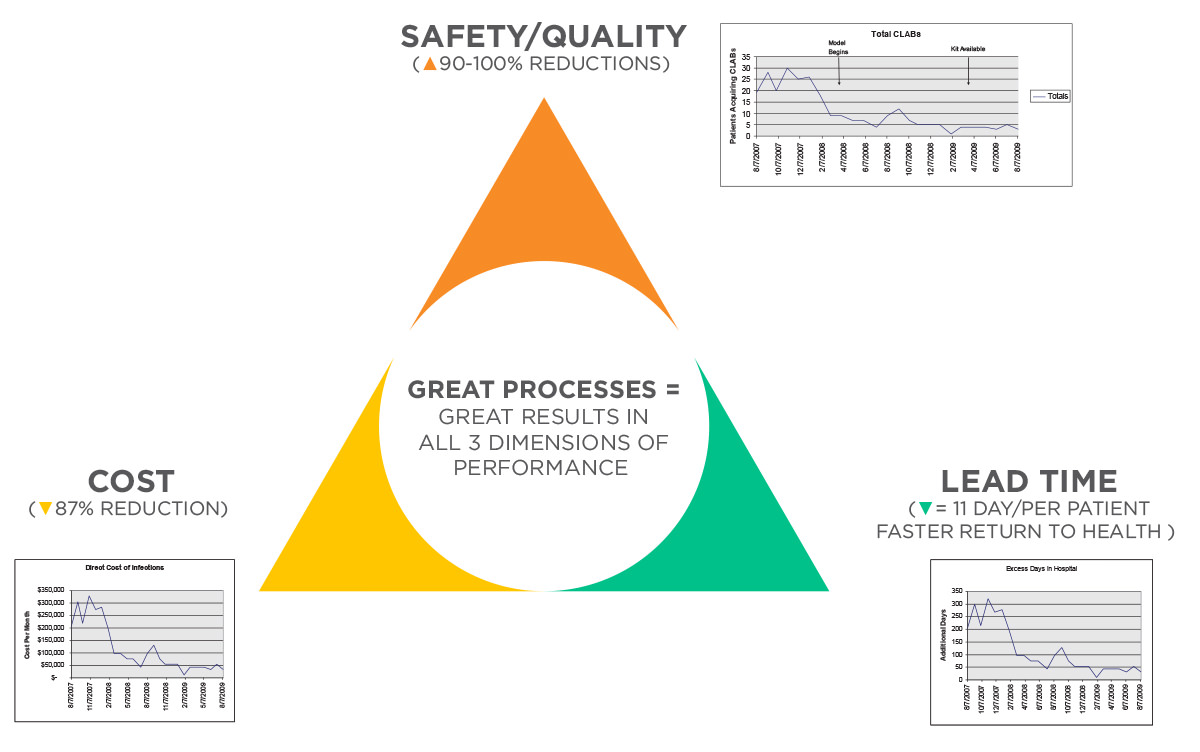 The average 200 bed hospital experiences 485 infections and 24 deaths due to infection each year (CDC). While leading the Pittsburgh Regional Healthcare Initiative, Value Capture principals helped achieve a 68% reduction in Central Line Associated Blood Stream Infections across all of Southwestern Pennsylvania. Value Capture has now repeated that success at the Hospital of the University of Pennsylvania (Penn) where under Dr. Richard Shannon, Chair of Medicine, there has been an 80% sustained reduction in CLABs house wide, with work spreading to eliminate other types of infections.

At Penn, the CLAB reductions on just four model units (100 beds) produced a $1.4 million direct cost savings in the first year. Using Institute of Medicine studies, the direct cost of all infections for an average 200 bed hospital would range from $4.1-$7 million.

Hospitals are no longer being reimbursed for the costs of these infections. “To encourage hospitals to avoid hospital-acquired conditions, beginning October 1, 2008, Medicare will no longer pay hospitals at a higher rate for the increased costs of care that result when a patient is harmed by one of the listed conditions if it was hospital-acquired.” CMS Office of Public Affairs, August 4, 2008.

The ability to return people to health as rapidly as possible allows you to see more patients and receive more revenue. The work we have done on CLABs shows at least an 11-day difference in length of stay between people admitted for the same reasons with the same severity who get a CLAB versus those who do not. Just for the 100 beds on the model units at Penn, this translated into an $864,000 opportunity cost.

Infections occur in the course of countless care processes. Given the time to understand the risks, using mostly free interventions, nurses and physicians can invent work that eliminates the risks.

The first step is for the people who do the work to understand and act on a simple fact of systems – variation in process causes variation in outcome. Value Capture trains staff to observe their work and invariably finds this to be true.

One visual way to represent this process variation is to observe people doing the work, write down the steps and their order, and then create a color-coded grid of the observations. For instance, one actual central line dressing change observation had the following first 10 steps:

However, when one actually watches infection related work before this improvement work is initiated, one invariably sees wide variation in practice that looks more like a quilt:

When workers do these observations, they see the risks in their own and other people’s methods, and they also see that the wide variation makes it impossible to produce a consistently excellent result in preventing infections. In fact, when one looks at the infection results from places with this kind of variation in the work, one sees both high rates of infection and high variation in the infections from month to month.

Armed with this information on variation in the work and the outcomes, nurses and physicians learn improvements from each other and learn system principles that allow them to differentiate between work done in order to meet a patient need (value-added work) and efforts made to deal with system problems that interfere with the work (non-value added work and waste). The staff then works together with infection control experts to design the best way to do the work, and with unit and hospital leaders to help solve system problems. They stabilize processes by removing as much of the variation as possible.

Staff then put these changes into practice and “hardwire” them into the system so that doing the right thing is also the easiest thing. Nurses create visual work for each of the steps and train each other through hands on “reverse demonstrations” and feedback. 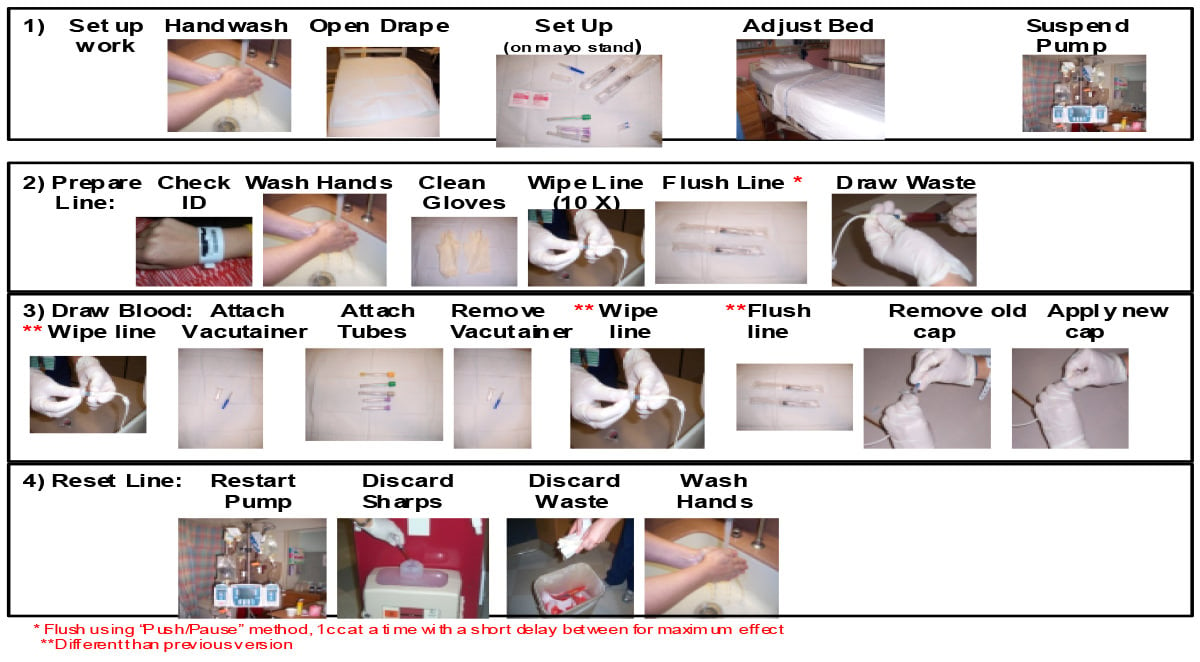 The final step is to put in place a system of continuous improvement. To maintain the stability of the work and continually drive toward “0” infections, workers continually learn from things gone wrong. They investigate every infection that occurs to try to understand its cause and to make adjustments to the system to prevent its recurrence. The more the work is standardized, the easier it is to design ways to push the learning “upstream,” identifying risks before they cause an infection.

The standard work can then be easily revised to incorporate new learning and prevent more infections, forming a new hypothesis for work that will produce infection-free care. Guiding the people who do work through this scientific method based process can produce extraordinary results:

As a consequence of this work, better financial results are achievable. Once your staff has learned to improve this kind of activity, the same skill applies to improvement of any other activity.