How to Foster Problem-Solving and Improvement

The other morning, I noticed that there was toothpaste smeared on the shower wall and of course this raised questions for me. Being a mother of two boys, I have sadly grown accustomed to strange things occurring in my house, often with no logical explanation at all. I was prepared for any answer when I asked my boys, “who put toothpaste on the shower wall?” My youngest (7 years old) looked nervous but admitted that he did (on accident of course). So, I probed a bit further, asking “why did you have toothpaste in the shower?” He explained that he brushed his teeth while he was taking his shower. That seemed odd to me, so I asked why. It turns out that he felt that this marvelous improvement to his morning routine would save him time.

“How do you know?” I wondered.

“Because you didn’t yell at me to get in the car this morning. I was ready to leave,” he told me proudly.

My son was trying to solve the problem of being late, or maybe in his world the problem was getting yelled at. He took the initiative to find a solution.

Now I realize that being the CEO of a household is not the same as leading a large healthcare organization, but I do believe the coaching techniques (such as digging deeper by asking “why” multiple times) that I often use as a parent (many of which I learned from working in the healthcare improvement realm) are applicable.

When an organization is on a continuous improvement journey and striving for habitual excellence, leaders play a key role in fostering problem-solving and improvement. Here are some things that leaders should do to help engage their teams.

Appreciate the Courage it Takes to Share an Idea

First of all, leaders need to demonstrate behaviors that nurture psychological safety. Start by appreciating and rewarding the courage it takes to bring up an idea. Rewarding acts of vulnerability will go a long way in terms of enabling a psychologically safe space.

My son looked nervous to tell me he left toothpaste on the shower wall, most likely because he didn’t want to get scolded. It took courage to come forward and share this idea. To me, the idea of brushing your teeth in the shower seems absurd, but if I had told my sweet 7-year-old that his idea was ridiculous it would have crushed his spirit. He would not be as likely to share an idea with me in the future, or to try something new.

A leader needs to ask open-ended, information-seeking questions to help strengthen thinking, which will allow others to develop their problem-solving skills. Asking questions can help get to the root of the problem and make sure improvements are aligned with the goals of an organization.

In this scenario, I asked many questions (I did my best not to offer any advice). When I asked my son why he changed his morning routine (standard work in lean terms) and he said he wanted to save time there was a great opportunity for me to ask more follow-up questions. I could have asked why saving time was important. Maybe he would have told me he didn’t like being yelled at (fair enough). My follow-up could have been, “Why do I yell in the morning?” This would hopefully have gotten us to the core issue; we have not been getting to school on time.

When a change is made to a process it is important to determine a way to measure it to determine whether or not the change had the intended outcome and therefore fixed the issue so it does not recur. Measuring (or the study and adjust part of the PDSA cycle) is often overlooked so a leader can help by steering the conversation (by asking questions like, “how will we know this works?”) to focus on how to measure if the experiment was a success.

Remember, I asked my son how he knew his change worked. He gave me a solid reason for a 7-year-old. I asked him what are other ways we could test to see if his new improvement was in fact saving him time. We decided together that he could try it again tomorrow and we could set a timer. I know this experiment would be better if we had timed his morning routine before the change to get a baseline, but we are working with what we have.

Don’t forget to celebrate success (or failure) and share the learnings when appropriate. No matter what the outcome of an experiment is, this step is vital to building and reinforcing psychological safety and the culture that will foster improvement. If it worked out, congratulate, and think about where else this might be applicable. If it did not achieve the expected results, be encouraging and help guide the conversation to a second experiment.

When I told my son I admired his out-of-the-box thinking his face lit up. I could see how proud he was and how much it meant to him. He immediately went and told his older brother about his idea to see if he wanted to try it too. Granted, my older son is more conservative in his thinking and has no interest in trying something this outlandish, but he did he brotherly duty of responding with a simple, “cool.”

The key to fostering a culture of habitual excellence is to encourage improvements no matter how large or small. There are a few things leaders can do to help; including appreciating the courage it takes to share an idea, ask open-ended questions, remember to measure success, and celebrate success or failure.

Check out this page on Real-Time Problem Solving 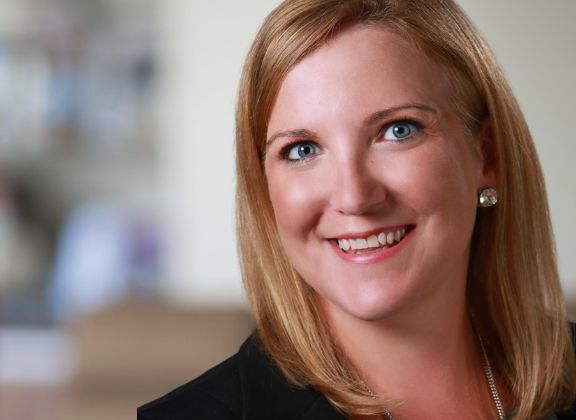 Sara is responsible for creating, editing, and curating content that inspires health systems to produce perfect health with zero harm, wait or waste — for patients, team, enterprise, and community. She is responsible for driving the digital marketing for Value Capture and collaborating on the overall marketing strategy to build awareness of Value Capture’s mission and services.

More About the Shingo Model

More About the Shingo Model

All leaders pursue success for the organizations they lead. Precious resources are committed to improvement projects and...