Paul O'Neill's Keystone Habits from The Power of Habit

In The Power of Habit - Why We Do What We Do in Life and Business, author Charles Duhigg devoted a chapter to Paul O'Neill, Sr. and how O'Neill changed habits within a global company, Alcoa. Below are some curated excerpts from that chapter, "Keystone Habits, Or The Ballad of Paul O'Neill - Which Habits Matter Most."

Keystone Habits, Or The Ballad of Paul O'Neill - Which Habits Matter Most

Duhigg begins this chapter by describing O'Neill's first meeting with Wall Street analysts, following his appointment as the CEO of Alcoa. The first words he spoke to the audience were,

"I want to talk to you about worker safety. Every year, numerous Alcoa workers are injured so badly that they miss a day of work. Our safety record is better than the general American workforce,... but it's not good enough. I intend to go for zero injuries."

After someone raised their hand to ask about inventories, O'Neill said, "I'm not certain you heard me. If you want to understand how Alcoa is doing, you need to look at our workplace safety figures. If we bring our injury rates down...it will be because the individuals at this company have...devoted themselves to creating a habit of excellence.

"Safety will be an indicator that we're making progress in changing our habits across the entire institution."

Within one year of this speech, profits hit a record high, and by the time O'Neill retired (13 years later), Alcoa profits had grown five times larger than before his arrival and its market capitalization had risen by $27 billion.

"What's more, all that growth occurred while Alcoa became one of the safest companies in the world. Before O'Neill's arrival, almost every Alcoa plant had at least one accident per week. Once his safety plan was implemented, some facilities would go years without a single employee losing a workday due to an accident. The company's worker injury rate fell to one-twentieth the U.S. average.

So how did O'Neill make one of the largest, stodgiest, and most potentially dangerous companies into a profit machine and bastion of safety?

By attacking one habit and then watching the changes ripple through the organization.

'I knew I had to transform Alcoa,' O'Neill told me. 'But you can't order people to change. That's not how the brain works. So I decided I was going to start by focusing on one thing. If I could start disrupting the habits around one thing, it would spread throughout the entire company.'

O'Neill believed that some habits have the power to start a chain reaction, changing other habits as they move through an organization. Some habits, in other words, matter more than others in remaking businesses and lives. These are 'keystone habits,' and they can influence how people,  work, eat, play, live, spend, and communicate. Keystone habits start a process that, over time, transforms everything.

Keystone habits say that success doesn't depend on getting every single thing right, but instead focuses on identifying a few key priorities and fashioning them into powerful levers....

The habits that matter the most are the ones that, when they start to shift, dislodge and remake other patterns.

As he was making his decision whether to accept the role of Alcoa CEO, "O'Neill figured his top priority, if he took the job, would have to be something that everybody -- unions and executives -- could agree was important. He needed a focus that would bring people together, that would give him leverage to change how people worked and communicated.

'I went to basics,' he told me. 'Everyone deserves to leave work as safely as they arrive, right? You shouldn't be scared that feeding your family is going to kill you. That's why I decided to focus on:  changing everyone's safety habits.'

At the top of O'Neill's list, he wrote down 'SAFETY' and set an audacious goal:  Zero injuries. Not zero factory injuries. Zero injuries, period. That would be his commitment no matter the cost.

Learn much more about keystone habits of Paul O'Neill (and several other people) in The Power of Habit.

You can also learn more about O'Neill's commitment and work for zero harm in healthcare from our Zero Harm resource page, as well as our eBooks: 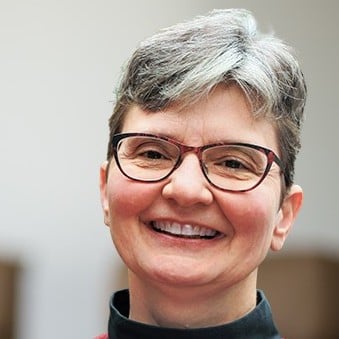 An Audio Summary of the Paul O'Neill "Playbook"

An Audio Summary of the Paul O'Neill "Playbook"

A Study in Principles That Drive Habitual Excellence

A Study in Principles That Drive Habitual Excellence

Originally published September 2019, updated to include the full text of the post by Geoff Webster.