“To err is human.” In other words, we all make mistakes, they are part of the human condition. The key, of course, is what we learn from mistakes, how we improve, and ideally, prevent recurrence of the mistake-causing conditions. This is the premise underlying Mark Graban’s podcast, “My Favorite Mistake,” where leaders talk about a mistake they made, a mistake from which they learned the most.

“I don’t know if it’s my ‘favorite’ mistake, but it’s one that changed my life dramatically and had an impact on the work I’ve done for the last 20-plus years.”

In a recent episode of “My Favorite Mistake,” Mark spoke with Dr. David Mayer, the CEO of the Patient Safety Movement Foundation and the Executive Director of MedStar Institute for Quality and Safety.

You can listen using the Apple Podcasts player, below:

Dr. Mayer shared an incident from his time as an anesthesia resident, in which the surgeon opened an incision on the wrong side of the patient. Two minutes into the procedure, the surgical attending entered the operating room and said, “I thought this was a right-sided inguinal hernia.”

The attending surgeon closed the wrong-side wound, performed the surgery the patient needed, and the patient was sent to post-op. Dr. Mayer, as the anesthesiologist, was responsible for discharging the patient from post-op; this was a discussion he dreaded having. To his surprise, the patient was smiling, and announced that “Today is my lucky day. They found a hernia on each side and they were able to repair them both.” Dr. Mayer, speechless for a few seconds, then agreed that it was the patient’s lucky day, and discharged him without mentioning the error.

“I hadn’t heard about medical errors…. No one ever talks about what happens when we make an error, I had never had a lecture about that…. The role model for me that day, if you want to call it a role model, was deny and defend…. But when we hide errors like that, when we bury them within our own little silos, we don’t learn.”

“And so what happened for years, we continued to have wrong-sided surgery in healthcare. We still have it today because we haven't figured out solutions. We've gotten better with timeouts and checklists and marking the sites, but that only started coming because people started talking about their errors. And so that's why a lot of my career has really been focused on trying to understand safety, trying to understand why we make errors.”

The Impact of Culture and Systems on Patient Safety and Quality

Dr. Mayer noted that incidents such as the wrong-sided surgery actually involve two mistakes:  the medical mistake and the lie/lack of transparency. He acknowledged that he hadn’t told the hernia patient what really happened during the surgery because he was afraid of losing his residency.

There was clearly a lack of psychological safety in that workplace and you can see what happens without it.

The discussion in the podcast turned to the culture of fear and failure, as well as the various systems (such as the payment system) that perversely incentivize volume over quality, like rapid turn-around of procedure areas such as operating rooms.

“Say the operating room situation, you know, like I mentioned, there's the pressure to turn rooms over quickly to move quickly. We're doing many lateral type cases in one room. We may do five hernias in a row or five knee arthroscopies in a row. The first one might be a left. The next two might be a right and a left, then a right. And the schedule sometimes makes a mistake and is posted wrong. The consent sometimes has the wrong information. And so that's why sometimes patients get frustrated. Now, when we continue to ask them five, six times, now we are operating on your left knee. Is that correct? And the patient wonders why do you keep asking me that? Because we've learned all it takes is one person to catch something that could prevent an error from happening. So I think it's the pressure of volume of cases we do versus the quality of cases we do that are reimbursed today.”

“No one goes to work to harm a patient. We all go to work to heal a patient. And we're devastated when we're involved in an error that has reached the patient and potentially caused harm. So yes, there are good people. We just haven't given them the systems, the processes, the resources, the tools, and it's sometimes the training to work together effectively as a team, learning how to communicate better, giving them those different types of tools that help communication processes.”

“Preventable medical error has been the third leading cause of death in this country [over the past 10, 15 years]. We always say, if the numbers are a hundred thousand, if the numbers are a million, as long as it's greater than zero it's too many. And no one in aviation would set a goal that said, Hey, we'll be really happy if we only have two plane crashes this year, no, they strive for zero. At the Patient Safety Movement Foundation, we are committed to zero preventable deaths by 2030, and we want people, the urgency, we want to really raise the stakes on this statement to the point where I've been talking for the last three months. Now, why not create a patient safety moonshot?”

“Why not just say enough's enough. We are going to do whatever it takes. Be it forming a national patient safety authority by increasing transparency, by realigning incentives. But we are going to do whatever it takes to drive and get to zero preventable harm by the end of this decade. And I'd love to see the new administration as well as others embrace that concept. If we don't hit zero, I guarantee we'll still be so much better. We'll be closer to aviation where the mishaps are so rare today that they go years without significant harm happening.”

“We may not have all the solutions today. We've taken ventilator-associated pneumonia, is pretty much down to zero, central line infections, the great keystone project work. So, we may not know how to get Clostridium difficile infections down to zero today. But if we put our minds to it and we put smart people focused in on it, in a year from now, we may have that solution. So we've got to think very positive. Just because we don't know something today doesn't mean in five years we won't have a solution that makes care safer in that area.”

You can hear more (or watch video) of the conversation between Dr. Mayer and Mark Graban in the “My Favorite Mistake” episode.

We also invite you to hear Dr. Mayer discuss the moonshot for zero patient harm and more in Value Capture’s Habitual Excellence podcast.

Thanks for checking this out. We invite you to sign up to get new content, like this post, sent to you via email so you'll be the first to read or hear about it. 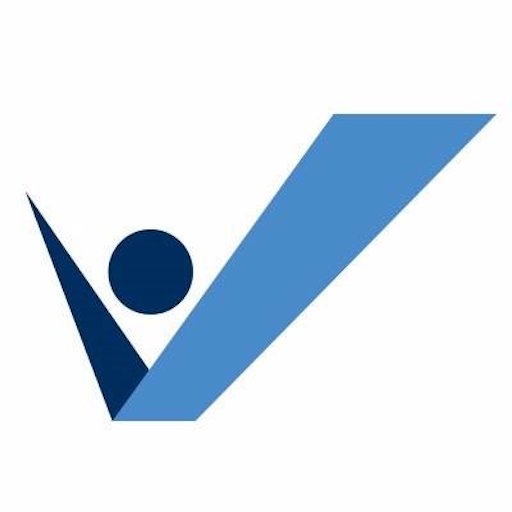